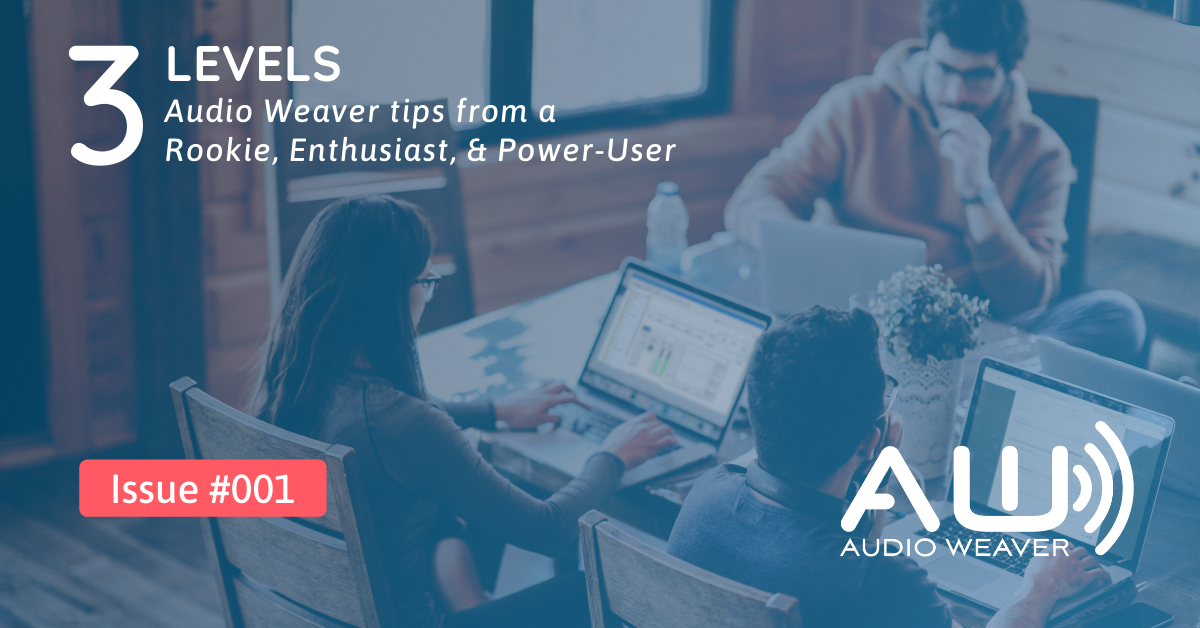 <ctrl> + <mouse-wheel> zooms in/out on your cursor, and <ctrl> + <left mouse button> will let you drag the canvas around.  <ctrl> also lets you interact with opened Subsystem tabs just as you would with a web browser: <ctrl>+<tab> to cycle through open tabs, and <ctrl>+<W> to close the current tab!

Embedded and software-integration folks know how difficult it can be do debug realtime audio issues - managing buffer pointers, different formats, etc, etc.  One my favorite things about Designer is that it’s useful for more than just algorithm development - it’s also a cheat-code for your embedded software workflow! One of my go-to moves for debugging audio artifacts is to use a Sink Display module to view the waveform - but with Rebuffer module in front so I can see more samples in the plot.

Many modules (like the Scaler used for Volume-control in this example) have dedicated control input pins, which allows them to be tuned by other modules in the system. To allow this functionality for any module, you can use the ParamSet (and ParamGet) modules, which can directly access the internal variables of any other Module instance.

In this example, we want to control the audio balance with a control wire.  First we look at the properties for the module named “LeftRight” to find the appropriate variable - it’s called “balance”.  Then we go to the “ParamSet1” module instance and tell it to write to that variable using <moduleInstanceName>.<variable> syntax, which in this case is “LeftRight.balance”.

< Prev Tips  | Next Tips >
Have a question about one of these tips? Have a tip / technique of your own we might feature? Share below!