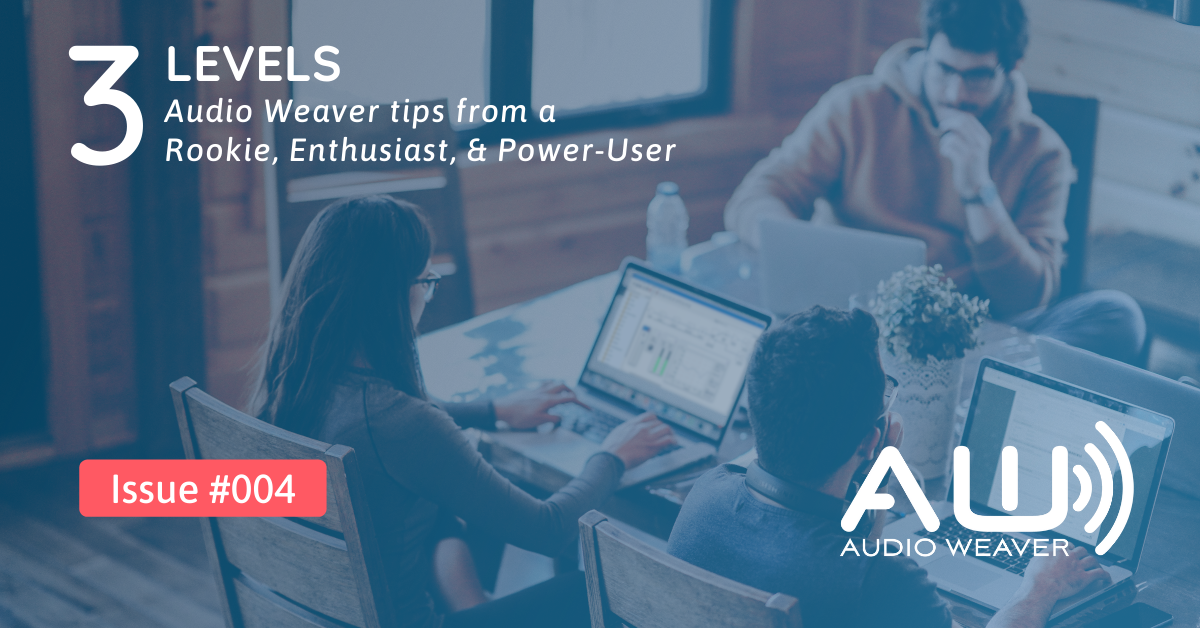 As is convention with many development environments, the <F5>

I add a three channel mixer here with three outputs.  For output channels 1 and 2 I just pass through attenuated versions of the orignal signals. For output channel three, I combine some of both left and right inputs to create a new output.

Bonus tip! The "maxNonZero" argument in the Mixer properties allows for more optimized operation in a product.  This parameter allows the AWE Core to only store and process the necessary coefficients.

Sometimes one needs to time different events and it's useful to have running seconds counter. One way to do this is to calculate the number of elapsed seconds based on the format of the audio data itself - specifically by counting the number of blocks that are processed and then dividing by the seconds per block.  One could "hard-code" a value for seconds-per-block using a DCSource module, but then you'll have to remember to update this if you change block-size or sample rate.

A safer approach - which would allow this to be wrapped up as a subsystem and reused across all your designs - is to use the WireProperties module to read the block-size and sample-rate.  Based on this example - it's only a few more modules to derive milliseconds, minutes, or hours and get yourself an audio-powered wall clock :)